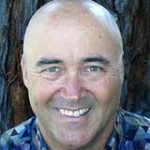 Numerous surveys over the past 150 plus years have confirmed that people who seek homeopathic treatment tend to be considerably more educated than those who don’t.

What is not as well known is the fact that homeopathic medicine is the leading ”alternative” treatment used by physicians in Europe…and growing numbers of the citizenry.

And despite homeopathy’s impressive popularity in Europe, it is actually even more popular in India where over 100 million people depend solely on this form of medical care. Further, according to an A.C. Neilsen survey in India, 62 percent of current homeopathy users have never tried conventional medicines and 82 percent of homeopathy users would not switch to conventional treatments. Read more